On Sunday night, a rare moment in Olympics history took place as two Olympians shared a gold medal for the Olympics’ high jump.

Qatar’s Mutaz Barshim and Italy’s Gianmarco Tamberi both ended with jumps of 2.37m, but both failed at their attempts to clear 2.39. After the two Olympians failed their three attempts each, an Olympic official approached Barshim and Tamberi to offer a jump-off to decide the winner.

That’s when Barshim asked the official “Can we have two golds?”

With the approval of the official, the two looked at each other and knew “that is it, it is done. There’s no need,” Barshim explained to CBC News. “He is one of my best friends, not only on the track, but outside the track. We work together. This is a dream come true. It is the true spirit, the sportsman spirit, and we are here delivering this message.”

In 2016, Tamberi broke his ankle days before the Rio Games. For him, returning back to the Olympics and winning a gold medal is something he dreamed of, many times.

“I was told in 2016 just before Rio there was a risk I wouldn’t be able to compete anymore. It’s been a long journey,” said Tamberi.

In 2012, Barshim on the other hand, shared the Olympic bronze medal with Derek Drouin from Canada and Robert Grabarz from Great Britain, in part of a three-way tie. He then upgraded to a silver medal during the London Games. In 2016, Barshim won silver, and in 2017 and 2019 he won two successive world titles.

The Qatar Olympian’s personal best of 2.43m is the second-highest jump of all time, putting him at No. 2 on the all-time list behind Cuban Javier Sotomayor whose world record mark of 2.45m was set in 1993. 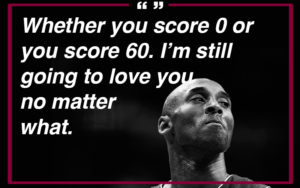