Two high school students from Arlington, Virginia decided to start their very own candy company to save for college. That would be impressive in its own right, even before considering that the two girls knew nothing about candy making when they started.

Sithiya Reshmee and Farah Bahr are high school seniors. And while stuck at home during the pandemic, they picked up the skill of making sweets, learning by trial and error.

“Our first batch of chocolate-covered strawberries, it was not good,” said Bahr.

The two opened up F&R Sweets. If perfecting things like chocolate-covered strawberries took practice, so too did perfecting the finer points of actually selling their sweets. “We watched a lot of TikTok videos on how to package,” Reshmee told CBS News.

The hard work has paid off. Farah and Reshmee are now earning enough to help their families, who lost their jobs because of the pandemic.

Their best-selling item? The cocoa bomb. “We had this huge order and we only had one mold to make it with,” explained Reshmee. “And it was an order for 50 cocoa bombs and we stayed up till like 1 a.m. making [them].”

Reshmee says she feels “accomplished, in a way, for an 18-year-old.” She also feels like she’s impressed the people in her life who matter most. “I feel like I made my parents really proud.” 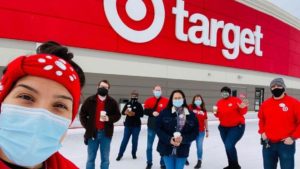