A new study conducted by scientists in Russia discovered that breathing exercises and yoga have a positive effect on children with attention deficit hyperactivity disorder (ADHD).

Psychologists from Ural Federal University studied 16 children with ADHD between the ages of six and seven. Those children were taught breathing exercises based on a concept called diaphragmatic rhythmic deep breathing. It was discovered that these exercises decrease hyperactivity, improve attention, boost sustained energy levels, and allow children to engage in complex activities for longer periods of time.

In a university release, the study’s author — head of the Laboratory of Brain Neurocognitive Development, Sergey Kiselev — says, “For children with ADHD, as a rule, the part of the brain that is responsible for the regulation of brain activity – the reticular formation – is deficient.”

In addition to the breathing exercises, researchers taught the children body-oriented techniques like “tension-relaxation.” Kiselev explained: “As part of the training, each child attended yoga sessions three times per week over the course of three months. On top of having immediate benefits, exercising also has a long-term positive effect on regulation and control functions in children with ADHD.”

As with the deep breathing technique, Kiselev explained that the yoga is about supplying the brain with more oxygen. Yoga helps to automate what he calls “correct breathing,” providing a more adequate supply of oxygen over a longer period of time. That supply of oxygen “has a beneficial effect on the behaviour and psyche of a child with ADHD.”

The results of the study can be found in the journal Biological Psychiatry. 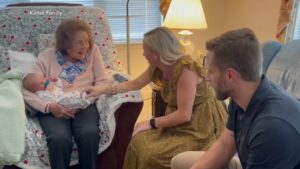